An Interview With Dennis Lehane

By admin May 17, 2013 no comments Food Stuff,Huffington Post Permalink 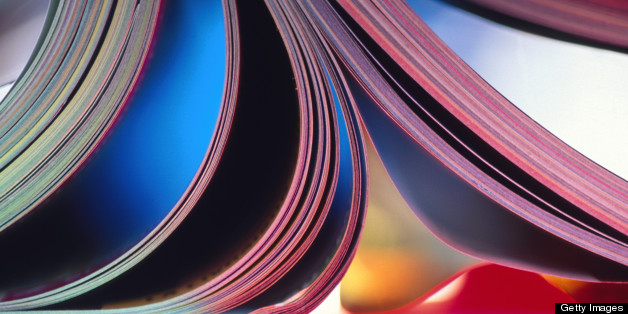 Dennis Lehane is the author of ten novels — including New York Times bestsellers Gone Baby Gone, Mystic River, Shutter Island, The Given Day, and Moonlight Mile, as well as Coronado, a collection of short stories and a play. His latest bestseller, Live By Night, recently won the prestigious Edgar Award for “Best Novel of the Year” from the Mystery Writers of America and is now available in paperback.

Dennis joined me to discuss a myriad of current projects, his novels as films, the state of the publishing industry, the state of his hometown after the Boston Marathon bombings, as well as this season’s Yankees/Red Sox rivalry.

Andrew Cotto: Live By Night is set between prohibition-era Boston, Tampa, and Havana; it is a sequel to The Given Day (2009). You are currently at work on a final novel in this series. What inspired the pursuit of a historical trilogy?

Dennis Lehane: I just wanted to write a gangster novel. As for the larger canvas, I like the idea of looking at the 20th century through one or two families, so I’m not sure it is a trilogy. Could be a decalogue. I have no idea.

Cotto: The film rights to Live By Night have been acquired by Warner Bros. with Ben Affleck slated to write, direct and play the lead. Your short story, “Animal Rescue” from Boston Noir is currently in production, joining Mystic River, Shutter Island and Gone Baby Gone as movies based on your fiction. What makes your stories so appealing to film makers?

Lehane: I honestly don’t know. None of my stories reinvent the wheel; we’ve seen them before in some way, shape or form. The only thing I do notice is that I seem to write characters actors like to play. Scripts based on my books attract great actors; great actors attract other great actors. In that regard, I’ve been very fortunate.

Cotto: You’ve recently been hired by HBO as a “creative consultant” and writer for season 4 of Boardwalk Empire. You previously did some writing for the acclaimed series The Wire. What’s the biggest difference between writing fiction as opposed to tele-scripts?

Lehane: Painting the room. In novels you have to guide the reader into a scene, show them the curtains, the sconces, the thickness of the snow falling outside the window. I find it laborious. In scripts, you just write. “Living Room. Day. Snow outside.” Scripts are a lot easier but books are ultimately more satisfying because their strengths and failings are yours and yours alone.

Cotto: Have you ever considered creating an original series?

Lehane: I’ve actually created two, but they never got out of development.

Cotto: Last year, in partnership with HarperCollins, Dennis Lehane Books was launched with the release of Attica Locke’s The Cutting Season. How was “publisher” added to your long list of accomplishments?

Lehane: They asked if I’d lend my name to an imprint. There was no downside for me. The concept is that I pick the books and they get a little more attention than they might have, had my name not been attached. Seemed all to the good, so I went for it.

Cotto: What’s your take on the current state of the publishing industry?

Cotto: What advice about the industry would you give to today’s aspiring authors?

Lehane: Since the dawn of time, it’s never changed — learn how to write a good book, put your ten thousand hours of apprenticeship in, get used to rejection, keep at it.

Cotto: What makes noir, or crime stories, so consistently popular in America?

Lehane: I don’t know. Readers throughout history have loved to read about life lived at the extremes. Cormac McCarthy has a term for it — fiction of mortal event — that may explain why so many people dig noir. In noir, shit’s serious, man. Characters don’t have a whole lot of margin for error.

Cotto: You seem to have a profound understanding of the criminal mind. Care to share how this came about?

Lehane: I wish I had a profound understanding of the criminal mind. Maybe I’d be able to apply that understanding to some grand larcenous scheme, live out my days in Fiji. No, what I think I understand is, for lack of a better word, the dispossessed, the people we fly over, the everyday and often forgotten underclass or working class. And that came about from growing up working class. I have vivid memories of my father being helpless to change anything about his life; he had five mouths to feed, a mortgage to bust out every month, food to put on the table, and a pension to achieve at the end of it all. The company he labored for damn well owned him. To be wholly dependent on your employer for the welfare of your flesh and blood is to know fear like few wealthy people ever know it.

Cotto: Violence is an accepted component of the mystery genre. Have the events of this year at Sandy Hook and the Boston Marathon changed your views on violence in entertainment?

Lehane: I write about violence in a pretty brutal but non-exploitative way so, no, it hasn’t changed what I do one iota. The people who continue propagating the myth that a big gun makes you a big man or that violence solves problems or who profit off the culture of victimization and doom-laden fear mongering, well, they should probably look themselves in the mirror. But they won’t because there’s no money in it.

Cotto: As a born and raised Boston guy, did the bombings and those chaotic days directly after change the way you view your city and how you will write about it in the future?

Lehane: This won’t change us one bit. What these idiots did is quite literally no different than what anarchist bombers did in the early part of the previous century. It’s as old as gunpowder, maybe even as old as hate. Lenin said the purpose of terrorism is to spread terror, but within seconds of the first bombing, civilians ran toward the blast to get to the injured. And in that moment, the plot failed. The next day, I went downtown to the blast area, and it was jam-packed with people coming to leave things at a makeshift shrine on the corner of Boylston and Berkeley. Were people a tad scared, overwhelmed, even shaken? Yes. But terrorized? No. We’re an old city so I think we’ve had the opportunity to see, time and time again, how well America works when you let it—law enforcement did its job; our taxes did their job; and our sense of liberty — to go where we want to go and say what we want to say and, no offense, fuck you if you don’t like it — will not waver. I’ve never been prouder to be from this city than I was that week.

Cotto: How many games behind the Yankees will the Sox finish this year?

Lehane: Sox up by 5.5. Sorry, but the Yanks don’t have the gas for the long haul this season. But you do have Joba and A-Rod, so, hey, as Charlie Sheen would say, Winning!

Published on The Huffington Post: An Interview With Dennis Lehane