At Heights Chateau, a Welcoming Home for Wine Lovers 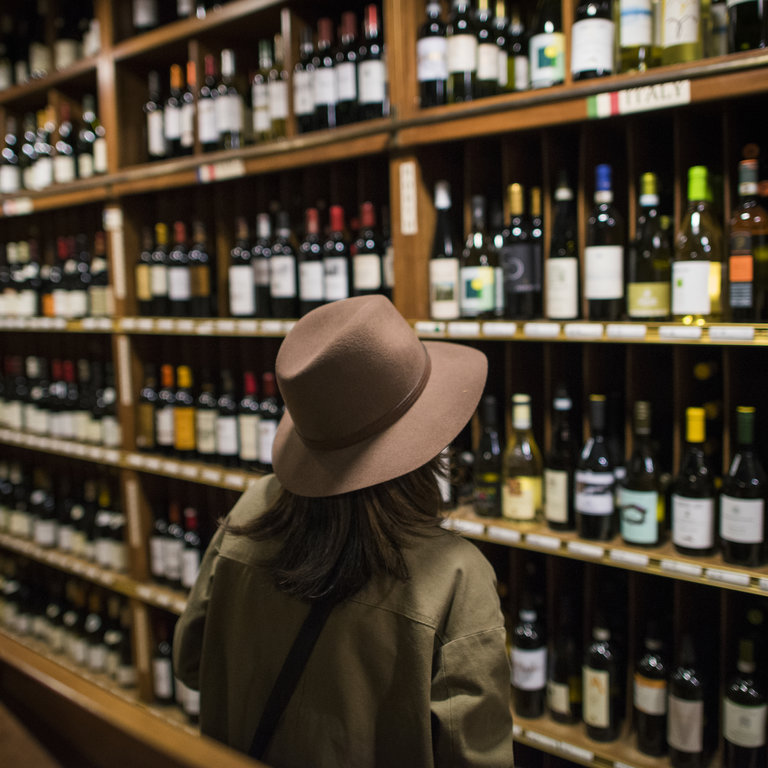 On a recent brisk Saturday afternoon, at the point where the tail of Atlantic Avenue dips toward New York Harbor, wine and spirits buyers ducked into Heights Chateau to assemble their weekend libations. Behind an antique-looking facade, the store is an oenophile’s apothecary.

Its owner, Matthew LaSorsa, grew up in Sheepshead Bay, where his parents, Italian immigrants, opened a wine shop in 1973. Mr. LaSorsa helped run the store while studying at St. John’s University and after graduating.

When it was time to open his own shop, Mr. LaSorsa found space in the no man’s land that split Brooklyn Heights from Cobble Hill. Today, the adjacent neighborhoods are among the fanciest in the borough. But when Heights Chateau opened in 1986, its stretch of Atlantic Avenue was known for dive bars serving stevedores, not well-lighted storefronts offering wine tastings.

In those days, though, the block also had many Middle Eastern restaurants with B.Y.O.B. policies, which led to a steady clientele, and Heights Chateau slowly built a relationship with the residents of the pristine streets that flanked Atlantic Avenue.

Heights Chateau has an understated, sophisticated air, with a gloss-black storefront and rows of tawny shelves stacked from the oak floors to the pressed-tin ceiling with bottles upon bottles. Now that there are a roughly a dozen places to buy wine nearby, Heights Chateau distinguishes itself through its staff’s years of experience in classrooms and tasting rooms.

Mr. LaSorsa himself is a fount of information about wine. He claims to taste as many as 100 bottles a week in search of wines to add to the 2,500 selections from all over the world already in stock. Prices range widely, but the store is known for bargains: $10 wines that taste like $15 ones.

Steven Bilmes, who lives nearby, has been shopping at Heights Chateau since 1989. “I’ve always been really impressed with Matthew’s warmth and his breadth of knowledge. It’s encyclopedic,” he said that Saturday. “He also takes a real personal interest in any person who walks into the store. And that goes for his staff, too.”

Judy Rundel, along with her husband, John, was among Mr. LaSorsa’s mentors during the 1970s and ’80s, when they ran the New York Wine School. Ms. Rundel, 75, joined the staff in the early ’90s and still shares her expertise with all who enter.

“It’s a real throwback,” said James Montalbano, who lives in Cobble Hill and has been a customer since the early days. “You walk in there and everyone knows you and knows what you like. It’s magical, especially for New York.”

Correction: November 11, 2015 An earlier version of this article misstated the surname of an employee at Heights Chateau. She is Judy Rundel, not Purdel.

Published on The New York Times: At Heights Chateau, a Welcoming Home for Wine Lovers