Author Andrew Cotto Digs Into the Inspiration for His New Italian Adventure Novel
November 12, 2018 by admin 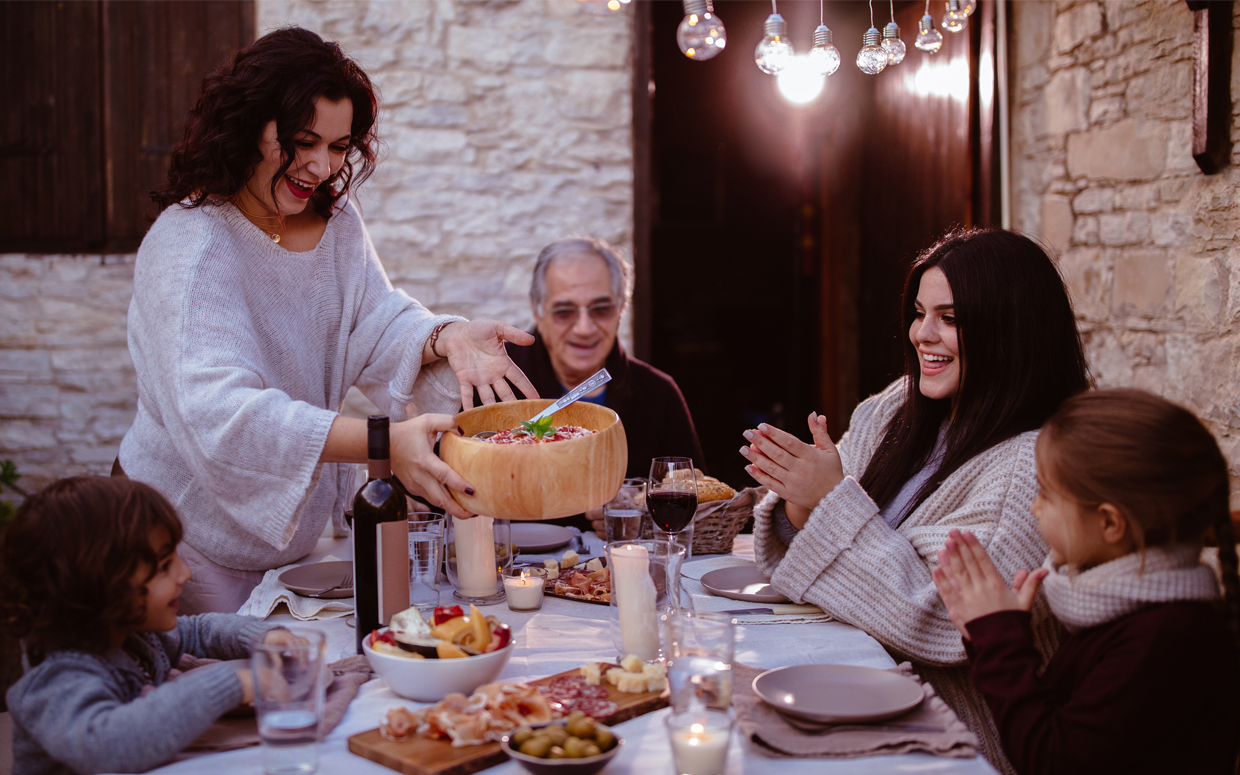 Say the word “Italian” and the word “food” almost always immediately comes to mind. The Italians know how to cook and they know how to eat.

This isn’t news to author Andrew Cotto, whose new novel, Cucina Tipica: An Italian Adventure follows an American who travels to Italy and falls in love with just about everything there, including, of course, the inspired, beyond delicious food.

Here, the author shares an essay about when and why he first traveled to Italy, a trip that inspired much of his writing, including his latest book. 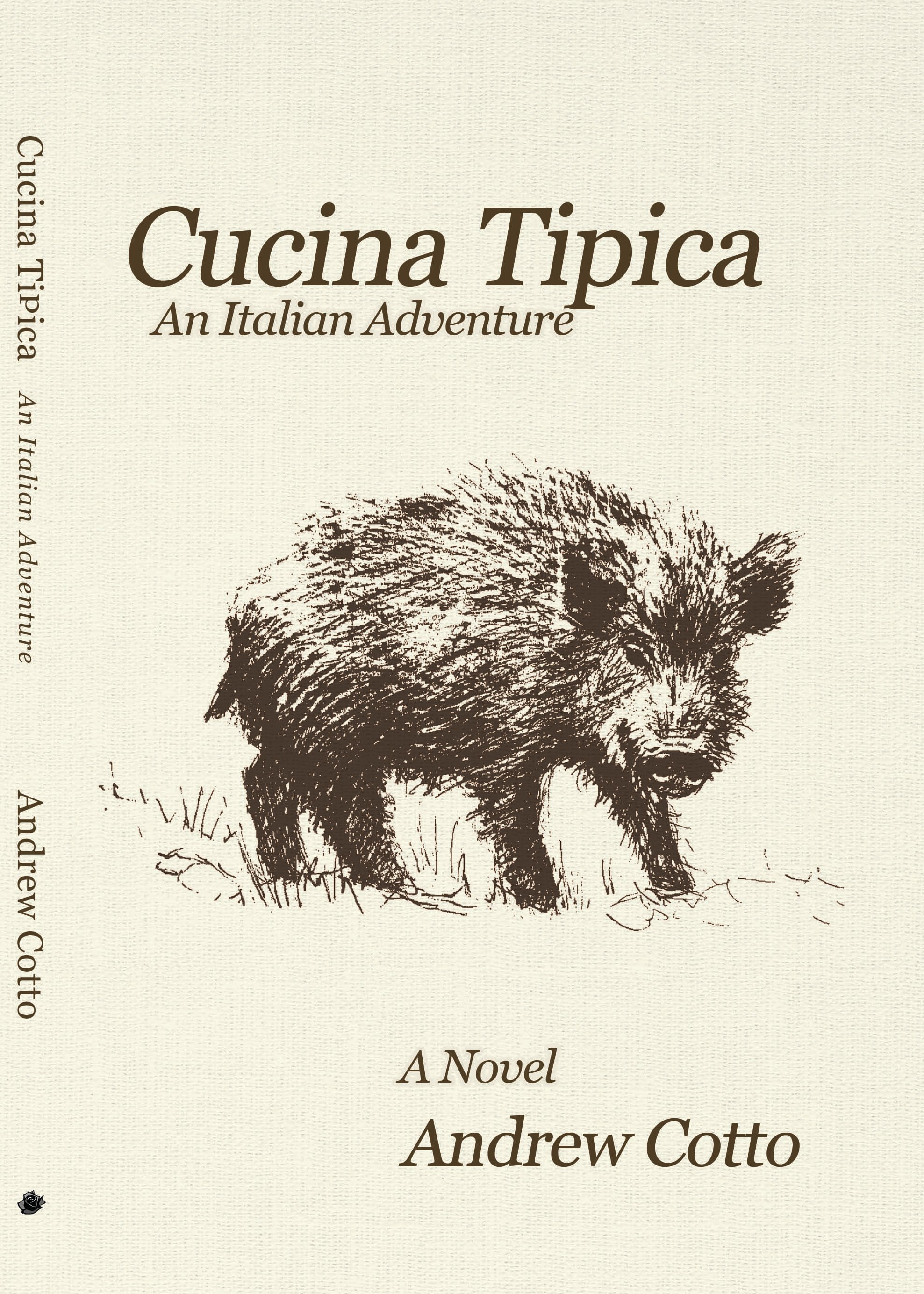 Both of my parents are from Italian immigrants who settled in and around New York City in the early 20th century. I grew up, generations removed, in that old-world ethos, but the only part that really resonated with me was the food. I loved Sunday lunches that lasted all day ; the seven-fishes on Christmas Eve; the lamb feasts on Easter; Italian ices on summer sidewalks; platters of cream-filled pastries; homemade wine (cut with 7-Up for the kids). There was faith in the fact that food mattered.

And it mattered to me throughout high school (learning to cook alongside my mother) and into college where I worked as a line chef at a fine-dining restaurant and fed my housemates in a win-win barter (they paid; I cooked). I ate up New York city in my 20s with earnings from an account executive gig and the expense account that came with the job. In my early 30s, seeking food not heritage, I took a trip to Italy that changed my life.

My wife and I visited Venice, Florence and Rome; and it was in Florence—on a balcony looking over the River Arno—that I declared we should live there. My wife chuckled and told me to drink more Prosecco, which I did, but a few years later we—with our 18-month-old daughter in tow—would settle in the hills south of Florence for a year of Italian immersion.

It felt like fate. My wife was ready for more mommy-time, and I wanted to write. Each morning, they would head out on a nearby excursion as I worked on my novel-in-progress—a coming-of-age story called The Domino Effect about an Italian-American kid from Queens wrestling with identity and other aspects of adolescence. Not surprisingly, the novel was informed, in large part, by the experience of eating, of being around the table with loved ones.

A few years after we returned to the States, I completed a second novel, Outerborough Blues: A Brooklyn Mystery, a noir about a drifter of Italian descent searching for a cure to a family curse brought from the old world. Once again, food played a major role in the narrative as the reticent protagonist is a cook of considerable talent who uses food as a means of communication. At this point, I started writing about food and Italian travel for major magazines and newspapers. I also spent a blessed summer teaching travel writing at John Cabot University in Rome where the splendor of exquisite meals, alone or in good company, within beautiful surroundings was a part of my daily routine.

When I returned, my agent suggested I go all in on a food-focused work of fiction. Again, Italy felt like fate. Sandwiched between the year in Florence and the summer in Rome were a half dozen visits to Italy on holiday or assignment; I had enough command of the country and its culture, especially the food and wine, to write a full-length novel.

The result is Cucina Tipica: An Italian Adventure, the story of a disheartened American who arrives in Italy on holiday and decides he never wants to leave; what follows is a wine-soaked, food-filled, travel-laden adventure about one man’s quest for an antiquated existence in the modern world. I consider it a feel-good novel of accomplished prose with wonderful characters, unforgettable scenes, a magical ending, and a great menu.

While the novel is a complete work of narrative fiction, the setting and many of the characters are taken directly from my own experiences in Italy over the years. In fact, the main character lives in the very refurbished barn above the tiny village of Antella in the hills south of Florence where my wife, daughter, and I lived all those years ago. Many of the supporting characters are inspired by or absolute replicas of people I have met in Italy, both ex-pats and natives. It’s, by far, the longest novel I’ve written; it was also the easiest and most fun to write. The passion at the heart of the story came out of me like breath, as if I’d been waiting to tell it my whole life.

And this life began with the food I learned to enjoy so much as an Italian-American child and then develop such a profound appreciation for as an adult who considers himself an American-Italian, one so committed to the sense of pleasure and wellness that comes from the experience of Italy it has become a part of his identity.