Before DUMBO Had a Dumb Name: Eamon Loingsigh’s New Novel References the Neighborhood’s Seamy Past 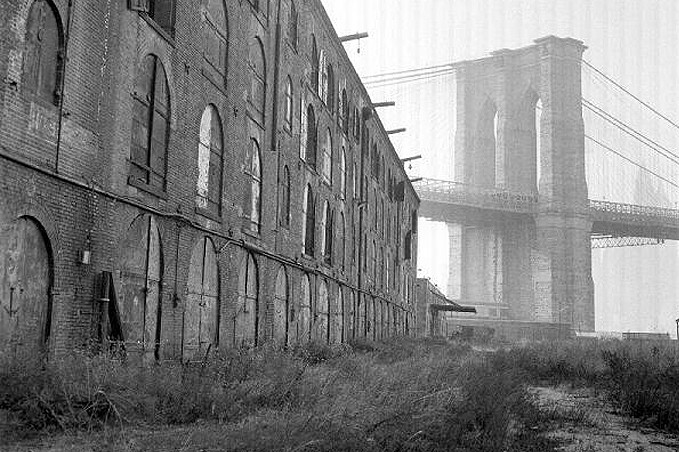 There’s been a lot of novels set in New York City (guilty myself, two times). When done right, such work can serve as a portal to the past, when New York was a distinctly different place, one often defined by its era and often in direct contrast to the current conditions.

In Eamon Loingsigh’s powerful new novel, Light of the Diddicoy, reference is made in the very first line to the area “Down Under the Manhattan Bridge Overpass.” Of course, any New Yorker worth his/her salted caramel custard from Shake Shack knows DUMBO, the Brooklyn nabe known for its pricey lofts and tony boutiques, its art galleries and swank eateries and a grassy park that sprawls along the water’s edge below the span of East River bridges. Lovely. The characters in Loingsigh’s novel aren’t so privileged, for they lived in DUMBO 100 years ago, long before any clunky acronyms, when the waterfront was a war zone, and the novel’s narrator, Liam Garrity, a displaced and desperate Irish immigrant, all of 14 years, fell in with a brutal gang as a matter of survival. 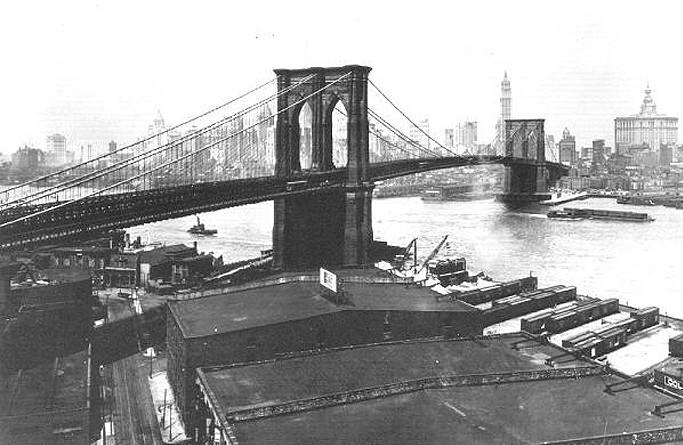 Light of the Diddicoy is a story that falls well within the archetype narrative framework of the immigrant saga. It follows a worn path from the old country to a new land teeming with immigrants and hope and staggering obstacles. Colorful characters abound in the lawless bridge district where the young Garrity seeks out an uncle who works the docks as a laborer and an aspiring union organizer at odds with the gang, The White Hand, that has control over all labor at the piers. When the mercurial uncle puts Garrity out, he wanders the streets as a homeless urchin prone to misfortune until serendipity lands him under the auspices of Dinny Meehan, leader of The White Hand. You can perhaps assume what happens next, but this is no Horatio Alger story, nor is it a brutal gang drama with bodies piled up in imaginative ways. No one wakes up next to a severed horse head or gets hacked to pieces with a kitchen knife before being stuffed in a trunk. This is the work of a uniquely gifted author who avoids the sensationalism of gang violence and focuses more on the real manner in which setting informs the ethos of characters.

Loingsigh is the descendant of Irish immigrants who ran a Greenwich Village longshoreman’s saloon for most of the 20th century. He is also a journalist and historian with extensive writings on his people. The man also happens to be a poet, and it is through this combination of qualifications that Loingsigh is able to tell a tale that is unique in its depth of historic detail and visceral beauty. 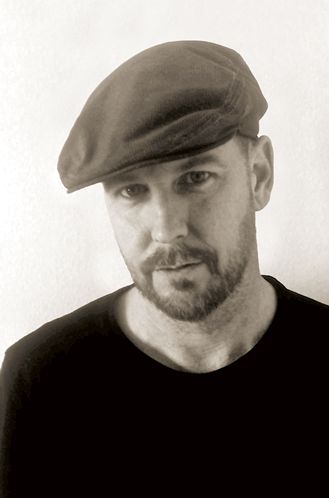 There is a curious and ineffective (and, thankfully, minor) shift of POV at a point in the story, but the dominant 1st person voice flows on a current of phrasing reminiscent of epic poems. It is told in retrospect by an elderly Garrity, who has the wisdom of reflection and the seasoning of time to infuse the prose with clarity and often breathtaking detail that transports a lucky reader to the cold and lonely world which he inhabited as an adolescent. The Manhattan bridge rattles relentlessly overhead and the wind bites at the bones and the hunger that the homeless Garrity experiences as a child churns inside our own belly as we read and pray the boy finds something to eat.

Moreover, the visceral experience of the early 20th century Brooklyn waterfront is enhanced greatly by historic specifics, accents and addresses, making the physical environs, which are such a big part of the story, a deeply satisfying exercise in imagination. The novel often reads like a walking tour of old Brooklyn, from Red Hook along the waterfront to the place I imagine the hardscrabble characters would get quite a laugh at if they heard one day, some 100 years later, it would have the dumb-ass name of DUMBO.

Light of the Diddicoy is an exquisitely-crafted narrative that evokes immense empathy. There are no good characters or bad ones, simply people trying to survive in a place that knows no mercy, a place that is constantly in flux and uninformed by justice. This is a story of how men and women and children survived down under the Manhattan Bridge overpass when no one in Brooklyn or beyond cared about those who lived there. 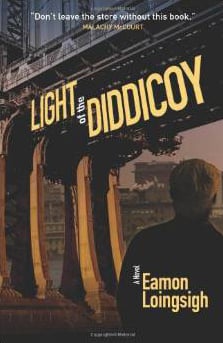 Historic images of DUMBO courtesy of Places in History