CityLiving in Rome: Big Love in the Eternal City for One New Yorker 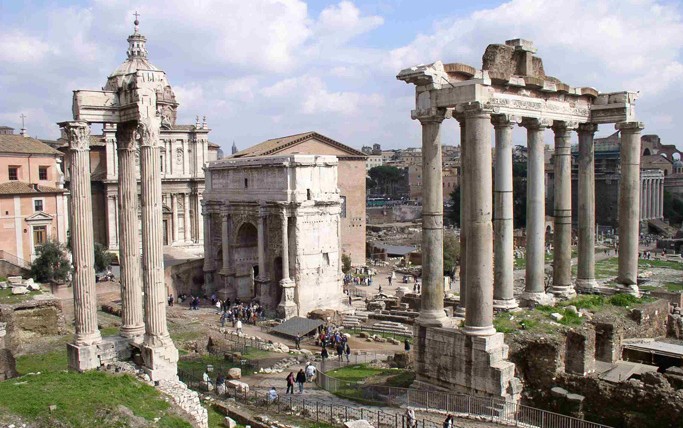 I didn’t come to Rome looking for love. I got plenty of the good stuff back at home in New York City. There is where most of my closest friends and family reside, along with my beloved wife, daughter and son. It also happens to be the city that is the love of my residential life. So, love in Rome was not on the itinerary. But a funny thing happened on the way to the Forum and beyond.

We might still be in the infatuation stage, but I got the big love for Roma right now, and that might not ever change, primarily because of the love it’s inspired in me. 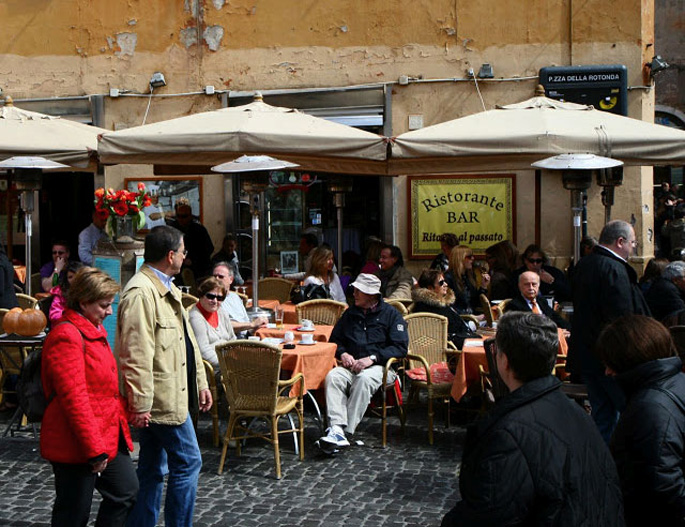 Image courtesy of Pookie and Pierre

There is, of course, all the things I’ve written about before, involving food and art and this city’s majesty posited within my quasi-anthropological assessment of Rome’s denizens. But it’s more than that. Above all else in life, I’m a believer in personal relationships. And this is something most tourists don’t truly get to experience since most visits to new places don’t allow for much interaction beyond the superficial. My time in Rome has been different from that of the typical tourist. I was invited here, for five weeks. A dear friend from my NYC MFA days, Carlos Dews, who subsequently became the English department chair at John Cabot University in Rome, advocated on my behalf and helped secure an offer for me to teach a writing class at JCU for the second summer session. Boo-yeah. I’m certainly qualified and all, but this is not everyday stuff, and Carlos not only coordinated my visit (and arranged a reading), he graciously offered me his lovely apartment within the palazzo of the historic center while he would be away over most of the month of July. Yeah. I’m living in a palace and teaching in Rome thanks to the thoughtfulness of a dear friend. (Get your own!) 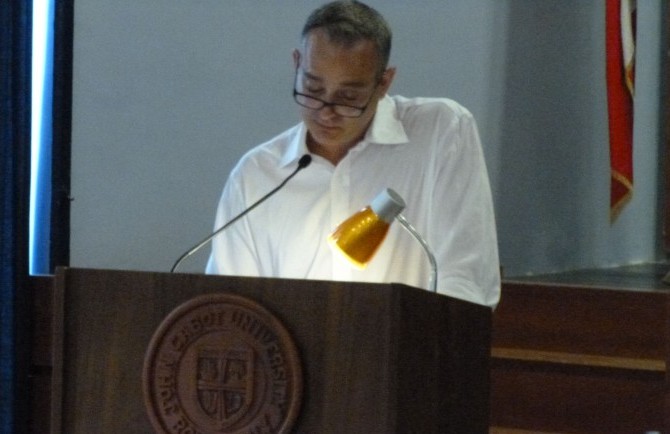 Before leaving, though, Carlos welcomed me to Rome, took me on a thorough tour, made sure I was secure in my new surroundings, and left me in the hands of his closets confidants, a group of expats of extraordinary warmth and character. My primary charge has been a gentle Texan of 45 years in Rome named Bill Guion – a private chef, historian, tour guide, thespian, bon vivant and salt of the earth (among other things). Bill’s provided me an insider’s view of Rome, some of the best meals I’ve ever had, and steady companionship in a unfamiliar city. We see each other nearly every day. He’s one of the best friends I’ve made in a long while, which is something since, at my age, I don’t make a lot of new friends. But an old friend is here with me, too. In fact, it’s my oldest friend.

I came to Rome last, six years ago, with Mike O’Shea, a modern-gladiator type with an over-sized heart. We’d been baptized together 40 years earlier, and we took off for Italy to celebrate our fourth decade as the closest of friends. We spent most of our time in Italy tooling around Tuscany, but we made plans to spend a day and night with my friend Carlos in Rome before heading back to New York. It was, by far, the most memorable day of a very memorable trip. 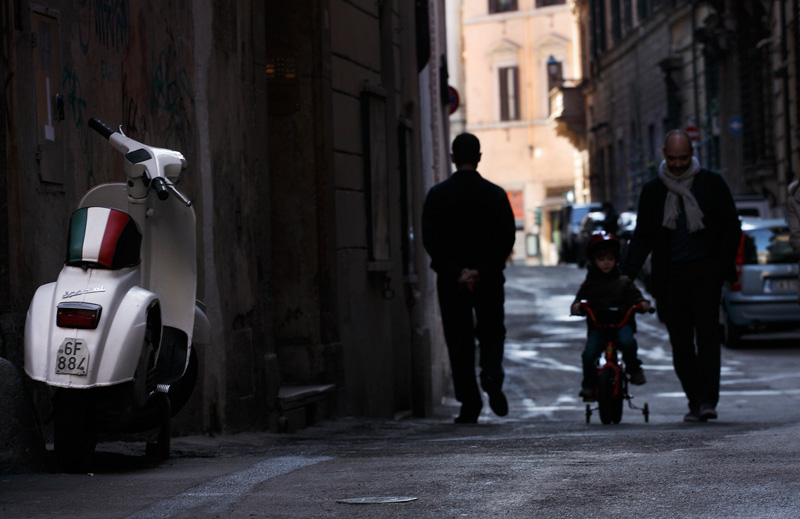 Rome lit Mike up. He loved the buildings and the streets and the people zipping around on motorini. Not an art lover, necessarily, or one, really, for history, Mike somehow found the city instantly enchanting. He connected with its people and aesthetic; its pathos fit Mike like his new Florentine leather jacket. I could barely keep up with him as he loped alongside Carlos, nodding at everything our gracious tour guide pointed out (retaining nothing, of course, but absorbing the vibe all the same). At Piazza Navona at dusk, Mike made me take pictures of him doing bodybuilder poses beside statues of the gods. It seemed like he belonged among them. But my favorite picture was taken after Mike stumbled upon an arched and low alley that led to an open courtyard circled by beautiful pastel facades of quaint homes. His eyes lit up like he’d discovered a secret garden. I snapped a picture of him leaning on a motorcycle in the courtyard. He looked like a movie star on vacation. Big and proud and full of life: He looked immortal. 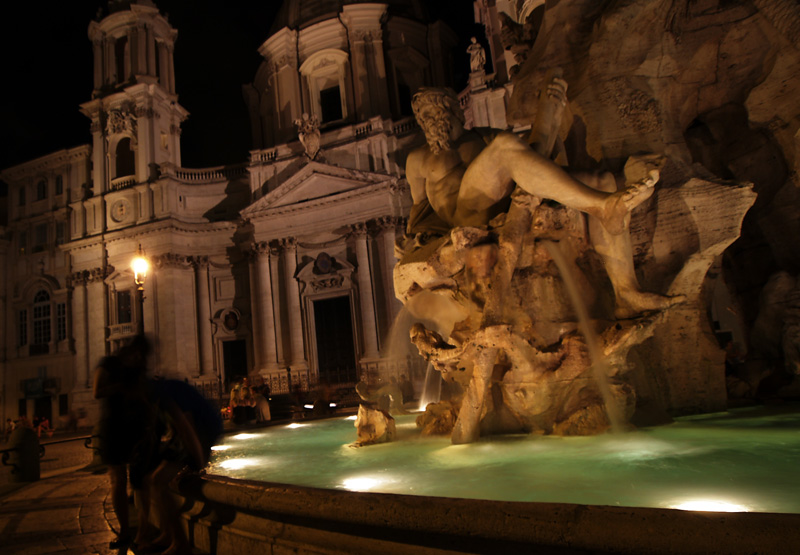 But my powerful friend was not immortal. Mike was diagnosed with leukemia at age 44. I used to tell him in the hospital that as soon as he got better, we’d be going back to Italy to celebrate our 45ths. I came alone this time; our 46th birthdays passed my very first week here, but I don’t miss Mike in Rome like I do when I’m in New York. I’ve had this sense that he’s been with me all along. I often find myself showing Mike around, me being the tour guide now. We sit down for meals and marvel at sights. We admire the women on bicycles, elegantly dressed and perfectly perched (don’t tell our wives). I keep expecting Mike’s face to appear in a fountain. And imagine my surprise when I found out, on my first day here in Rome, that Bill Guion lives beside the arched alley that leads to Mike’s secret courtyard.

As said, I believe in personal relationships. They are what makes sense of the world, and to enjoy them in Rome – among new acquaintances, dear friends like Carlos and new ones like Bill, and even an eternal friend in Mike O’Shea – has made this trip abroad as much about love as anything else. And, of course, waiting for me upon return will be my city, which I will see in a new light, with my family and friends there, and my beloved wife, daughter and son who will welcome home someone more informed by love than when he left.

Published on 6sqft: CityLiving in Rome: Big Love in the Eternal City for One New Yorker