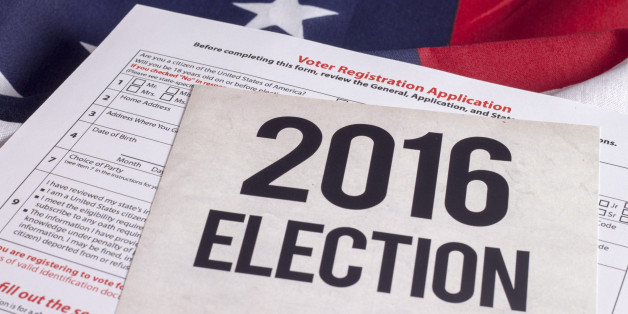 Please take 10 minutes to read these 1,200 words about the upcoming presidential election. It matters. I swear.

You don’t know me; but I know you. Sort of. I’m a professor of English in New York City. My students, from all over the city and all over the country, are a lot like you, so I’m writing to you as if you’re all my students. Hear me out. I’m good at this.

Every four years I get to focus a little on our presidential elections. I can do this as an English instructor because the use of language (rhetoric) is a huge part of politics, and our democracy depends on the educated class being informed and engaged in order to do our jobs as citizens (you know, to pay attention and vote). In 2008, when I worked at a community college in Brooklyn, I was able, with my students, to study the path of Barack Obama to the Presidency of the United States. It was about the most fun I’d ever had as an educator because the rhetoric of candidate Obama, in large part, lifted him to a historic victory (I also really wanted him to win).

This election is not so fun. In fact, it’s pretty painful and depressing. Hope and change have been replaced by fear and loathing. Language has sunk to new lows. Neither candidate is particularly popular. Both are considered dishonest by a majority of voters (more on this later). With early November looming, the polls show a close race. This is scary because basic logic proves Hillary Clinton to be way, way more prepared than Donald Trump for the most important job in the world.

I could go into a whole discourse about what’s happening and why, about the dynamics of the American electorate, but I’m writing you to share one specific and profound reason the polls are so close: Young people are not showing support for Hillary Clinton. Young voters are a key Democratic Party constituency and were a huge factor in the two terms of President Obama.

I understand the problem. Many of you who followed the contest for the Democratic Party nomination preferred Bernie Sanders (which made much sense); those of you not yet engaged in the political process haven’t been compelled by any candidate to care. You may, therefore, be thinking of sitting this election out or casting a vote for a third party candidate.

Please reconsider. Elections have consequences. Big time. And the consequences of this particular election will have a major impact on the nation and the world, especially your generation and those that follow. Let’s consider a few key issues just to get a taste of what’s at stake: The environment, the economy, and the role of Commander in Chief.

Climate change is by far the biggest threat the world faces. Nearly every climate scientist knows this. Your average 1st grader knows this, too. The Republican party refuses to do anything (they are either in bed with the energy industry or simply immune to evidence). So, President Obama acted alone, and one of the major accomplishments of his administration is his role in the historic Paris Agreement on climate change from late 2015. Through America’s formal commitment to reducing greenhouse gases, he was able to get most major nations, including China, to sign on to the same agreement. Many experts believe this is the last, best chance to save the planet. Senator Clinton served on the Committee on Environment and Public Works from 2001 – 2009 and plans to continue President Obama’s efforts toward battling climate change. Donald Trump believes global warming is a hoax. If elected, he has vowed to tear up the Paris Agreement on his first day in office. Day one! What a start. Without America, the agreement will fall apart. Imagine the consequences of four or even (good lord) eight more years of ignoring the devastating consequences of climate change.

Our economy is finally showing signs of recovery from the Great Recession that began in 2007. Through an increase in taxes on the wealthy and regulation of Wall Street, among other measures, we’ve seen steady increase in job creation and wages. Earlier this month, the Census Bureau reported that in 2015, middle-class and poor Americans enjoyed their best year of economic improvement in decades. Donald Trump would blow all of this up (Day 2, perhaps?) through massive tax cuts for the wealthiest Americans, deregulation of Wall Street, and abandonment of international trade agreements. Anybody without severe memory loss remembers that this was the basic economic strategy that brought on the Great Recession: Tax cuts for the rich and party time on Wall Street. Yeah. Let’s try that again. What could go wrong? Google “Trump’s Economic Plans” and you’ll read a litany of scathing criticism from respected economists and financial media outlets. You don’t even have to read the articles; it’s all there in the titles and abstracts. You have to give Mr. Trump credit for inspiring such colorful language out of people who write about the economy (not usually the most animated bunch). You might want to consider the importance of this if you plan on moving out of your parents’ house some day.

The thought of Donald J. Trump as Commander in Chief is terrifying. He is clearly not fit to lead the most powerful military on earth. He just doesn’t have the intelligence, experience, nor temperament. The list of military experts, many among Republican ranks, denouncing Mr. Trump as grossly unfit for this particular role is unprecedented in American history. Just last week, former Defense Secretary Bob Gates (appointed by President George W. Bush) wrote in The Wall Street Journal that Mr. Trump is “willfully ignorant about the rest of the world, about our military and its capabilities, and about government itself.” He goes on to call Mr. Trump “a disaster” in a brutal indictment. The week before it was somebody else expressing the same sentiment. Hillary Clinton served as Secretary of State in the first Obama administration; during her tenure as a Senator from New York, she served on the Committee of Armed Services from 2003 – 2009. She has profound knowledge of both our military and geopolitics. I am not one to use fear as a motivational tactic, but giving the ability to declare war and send American troops into battle (not to mention possession of the nuclear codes!) to an incurious businessman / reality TV star with no military or government experience should scare you. A whole lot.

I’ve simply outlined three of the many, many areas where a Trump presidency goes very badly for America and the world. I didn’t even touch on the issue of character, or lack thereof, which has been on ample and astonishing display since the beginning of this bizarre campaign for our next president. At one point, it was kind of funny; it’s not funny anymore.

You might not be inspired by Hillary Clinton. You might question her decisions and secrecy; her reputation for being shifty. Yes, she has contributed to this perception, but she has also been under scrutiny, if not outright attack, for over 25 years, but she’s still standing and in good standing with many respected figures in American politics and culture (did you watch the Democratic convention?). With regard to general honesty, though, compared to Donald Trump, she’s St. Teresa (check a recent study of Mr. Trump’s fondness for falsehoods in this weekend’s New York Times article titled: “A Week of Whoppers from Donald Trump”). Or check the Trump file at www.politifact.com. He’s simply set a new standard for political mendacity and is truly in a league of liars all his own.

The official record of Hillary Clinton clearly shows her guilty of some bad calls and some clunky moments of taking liberty with the truth (like most politicians), but – most importantly – the record also shows a life dedicated to public service and helping the disadvantaged. It also portrays a person of perseverance, intelligence, experience and the ability to lead our country during these troubling times. She’ll be a far better president than she’s been a candidate. And she is infinitely more qualified than Donald Trump to be our next president. In fact…

As President Obama states, “…there has never been a man or a woman — not me, not Bill (Clinton), nobody — more qualified than Hillary Clinton to serve as president of the United States of America.”

Imagine the alternative. Please register and vote for Hillary Clinton. If not, it’s coming out of your grade.