ONE of the first things you notice when walking into Fish Tales Gourmet Seafood Market is the smell. There is none. But the fish motif is definitely in the air, including walls strung with nets and traps and a whole fish mounted above the stained wainscot. The shotgun layout feels like the well-lighted hull of a boat.

The bustling shop, near Court and Bergen Streets, leads to a pescatarian’s paradise, catering to home chefs and local restaurants. Between a tank with live lobsters and a freezer with frozen shellfish are racks stacked with sauces, seasonings, crackers, batters and peelers. Side-by-side coolers layered with house-prepared appetizers and salads sit opposite an assortment of smoked fish and caviar.

A table piled with curled crustaceans is nearby. The corner spot, which fronts the busy but unseen kitchen, is a mountain of ice piled with clusters of sealed mussel and clam shells. And at the far end of the store are gourmet entrees and crocks of soups and chowders.

But the highlight of Fish Tales is the colorful, fresh-cut fillets and whole fish — orange salmon, ruby tuna, china cod, opaque tilapia, striped bass, red snapper, speckled trout. The fish is so fresh and tenderly treated, it provides pleasure to the eyes with no impression on the nose.

There’s a reason for this. The shop’s owner, John Addis, arises at 2 a.m. at his home on Staten Island to get to the Fulton Fish Market in the Bronx by 3. There, he spends two to three hours shopping for the best catch. After loading a refrigerated van, Mr. Addis is at the shop in Brooklyn around 6 to unload and to start filleting in preparation for a 9 a.m. opening. 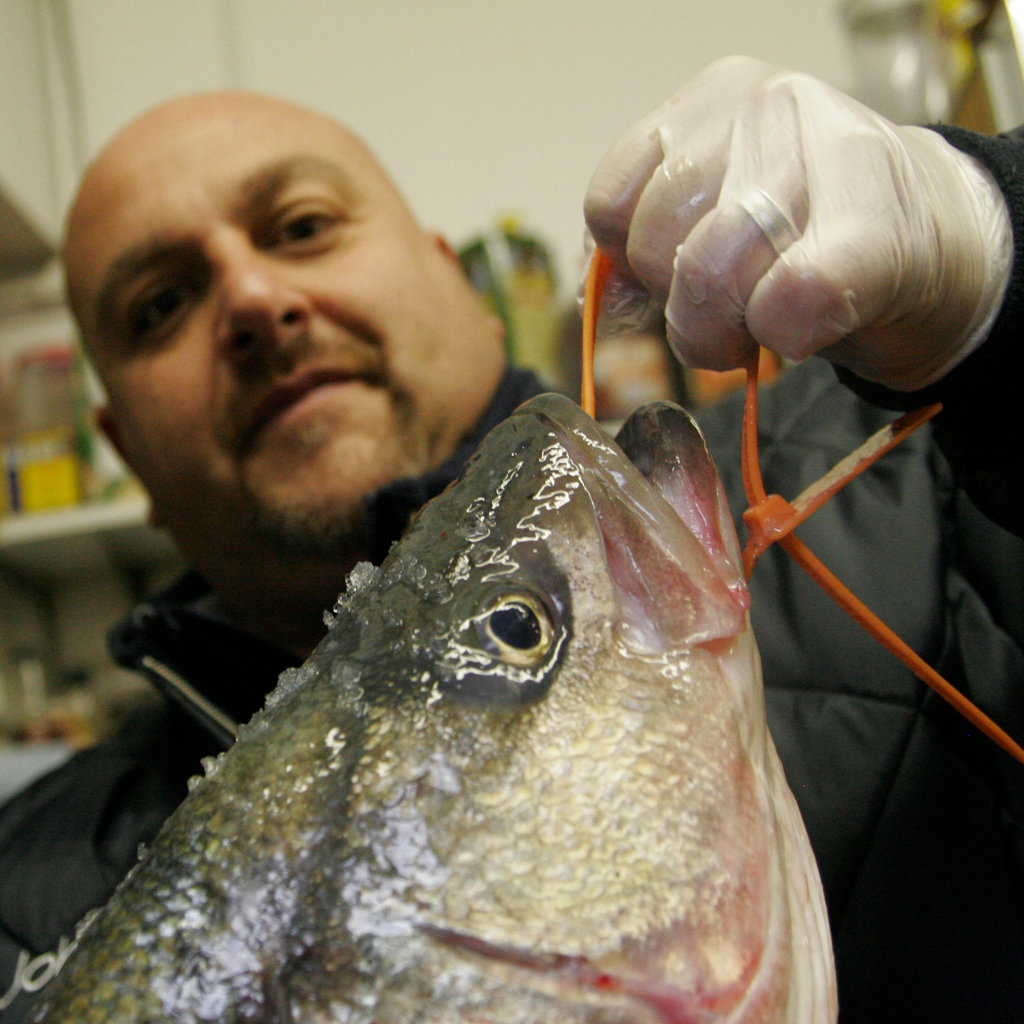 This is a neighborhood place run by neighborhood guys. Mr. Addis and his two longtime countermen, Lewis Spada and Alex Ortiz, provide high-end, exceptional service in a low-key, familiar way. They know names. They peel off plastic gloves to shake hands. Dialogue is constant and inclusive, but it’s not chatter; it’s conversation. And it usually revolves around fish and its preparation, which can easily become a group discussion among patrons and staff.

After each purchase, customers are reminded to grab a few free lemons and to stop by the table near the door stacked with recipe print-outs. All three men work long hours, but their easy manners never tire.

Over the years, Mr. Addis became a zealot for customer service. “I tell my guys, treat every customer the way you want your mother treated,” he said.

Mr. Addis, a native of Bensonhurst, who has been in the restaurant business since childhood, became a partner in Fish Tales around 1998 and became the sole proprietor in 2001. When my wife and I moved to the area, we shopped there every other week or so. Mr. Addis knew my wife; he knew my name before I knew his.

A few years later, we moved away, though I’d still pop in once or twice a year. By the time we moved back to the area, it had been almost five years since I had set foot in Fish Tales. The place was crowded and full of familiar conversations. I figured I had been forgotten.

“Andrew,” Mr. Addis said without pause, peeling off his plastic glove to shake my hand. “How’s it going? How’s Pam?”

An article in some editions last Sunday about Fish Tales, a seafood store in Cobble Hill, Brooklyn, misstated the ownership history of the shop. John Addis became a partner around 1998 and took over as sole proprietor in 2001. He was not the owner when the shop was opened in 1996. (A relative, Larry Tramontano, and his wife, Elizabeth, founded the business.)