One of the things that eventually becomes obvious to an American urban dweller residing in a European city is the lack of diversity. As a New Yorker in Rome, it’s particularly obvious. Rome is full of Romans, and Romans are, essentially, of similar stripe. There are inhabitants of this city from foreign lands and of different hues, but they are not Romans. They are Bangladeshi, Senegalese, Romanian, Albanian, and more. Anything but Roman. And that will never change. While the myriad of ethnic and racial backgrounds that comprise New York’s population might be a hyphenated-American something-or-other, we are all, for the most part, fellow New Yorkers. It’s a beautiful thing, a fact many residents proudly proclaim when they speak of what makes New York so special. Diversity informs nearly every aspect of New York’s identity, and it is not exclusive. But as I look from abroad at New York’s diversity, it clearly spreads far and wide, but how deep does it go? I don’t need to look any farther than myself for a quick study. 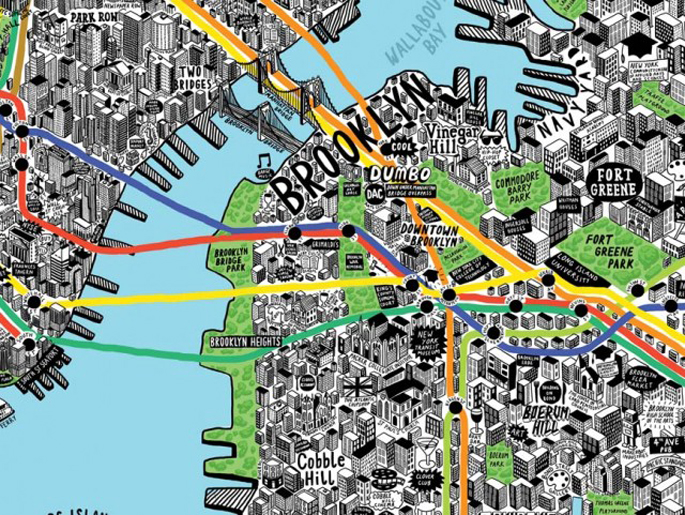 I’ve lived and worked in New York City for over 20 years. My first career was in the entertainment industry, while my second act has been that of an author and educator. I’ve also lived in various neighborhoods, some where I look like most of my neighbors and others where my status as a minority was undeniable. It never really mattered to me because I don’t identify with my Census board status as “White Male,” nor do I have issue with those who do. My point is that although I’m Italian-American by heritage and white dude by default, these are not groups which I feel particular kinship. I don’t seek distance from them either. I covet connections from anybody I find to be kind and fun and interested in food and music and books and booze (among other things). Oh, and they have to laugh at my jokes. That’s a wide net I cast, one that —it would seem in such a diverse city—would yield lots of friends from different backgrounds. But the overwhelming majority of my friends are white men.

Thanks to my respective vocations and residences and inclusive personality (it’s true), I have plenty of acquaintances from beyond the “white” spectrum, but my list of intimates of different backgrounds is meager. And I’m not convinced my status is unique.

This is not a meditation on race in America. And no one needs to alert the white privilege police to accost me on the grounds of my inherent ignorance. This is about people in a diverse city who don’t, for the most part, experience the intimacy of personal friendships much beyond their own racial or ethnic identity. Sure, it happens (more and more with each generation), but you’d think that this wildly diverse city would foster far more familiarity than it does.

And sitting here in Rome, thinking about New York City, I can’t help but wonder if our special claim to diversity isn’t a bit exaggerated.

Published on 6sqft: Is New York Really a Diverse City?