My Dear Friend Is Getting Married Today

My friend chose the song for his wedding. It’s a modern ballad by a modern band named Lovedrug. The song is called “Girl.” And in this song, the singer dramatically proclaims:

“I want to light myself on fire…
Spent 30 years not knowing you.”

Now, I have to assume, based on the age of the band, that the singer is lamenting his 30 years on earth not knowing his “girl.” Lovely. But the truth of the matter is that my dear friend knows 30 years of real not knowing. And his time has been heroic; his quest both old-fashioned and contemporary.

My friend came of age in the early ‘80s. Even then, as adolescents bursting with carnal curiosity and boundless physical energy, he was romantic, interested in girls beyond visceral impulses. Maybe it was because he had a close relationship with his older sister and his mother. I don’t know. But he was more than a just a typical fool after flesh. He wanted love. And he found it sooner than most of us. And when that first love betrayed him, he was far more hurt than I imagined anyone our age was capable.

Of course, my friend survived and went on to other adventures with young women through high school and college. It was, by all measures, a typical dating history of a well-adjusted, healthy and handsome young man.

He finished college in a serious relationship that only ended when the woman relocated to the deep South. His first post-college girlfriend was stunning, but complicated. There was the one who got away, and the one who realized she preferred the company of women (though she was still interested in a sperm donation — didn’t happen).

My friend, ever the romantic and approaching 30, set out to find himself, living a transient lifestyle that led him around America but never led him to love. He returned to the New York area alone. And alone is how he stayed for a seminal period of our lives: unaccompanied at weddings; then Christenings; and birthday parties for our children. And all along I knew he wanted a hand to hold during these moments; he wanted to be the focus of these moments, too. A testimony to his strength, he neither showed internal discord nor sought sympathy, though I was well aware of the loneliness that collapsed my friend on a regular basis.

As we neared our 40s, my friend moved down the block from where I lived in Brooklyn with my wife and kids. We had the pleasure of his company at least once a week for dinner. And after the time with my kids and the time with my wife, my friend and I would go alone out on the deck to finish the wine and talk about his active dating life. Of course, a beloved figure, single at his age, was the subject of endless blind dates — all of which left him grateful for the thought but conflicted by the outcome. And then, of course, there was the internet — the modern purveyor of blind dates without a mutual friend as the middle man.

My friend is modern yet traditional. He knows technology well through his brilliant career in marketing, though the idea of meeting women in an impersonal fashion was a challenge to his ethos. But he went for it and found himself on a speed dating circuit that made many of us committed men curious. There were quiet questions of age, size, shape, outcome, etc. My friend bristled at our envy. Didn’t we know how lucky we were to have wives. Kids. Comfort. Love.

Years went by, and my friend continued his gallant quest, never selling himself short nor misleading the myriad of women he met. The fatigue was apparent. A slump in his shoulders from the massive burden. He talked less and less about his adventures in dating, though I knew they continued. The stakes were too high to quit. He wanted love.

And then one day last year he called me up, asked if I would come to our local bar after dinner. He had someone he wanted me to meet.

And there she was: lovely and kind and glamorous, sitting aside my friend on the patio of a Brooklyn bar. I knew right away that she, though slightly younger, had endured through the modern maze of dating in hopes of a traditional outcome. And I knew that she was the one my friend had sought for 30 years.

I wanted to light myself on fire.

It is July 14, 2013, and my dear friend Kevin Mangini is getting married today to April McKenzie. And it’s a tribute to two people, and a tribute to the idea that, no matter what the era, true love is ageless.

Below, the author’s friend and new wife, and the author and his friend. Photos by Nick Kova. 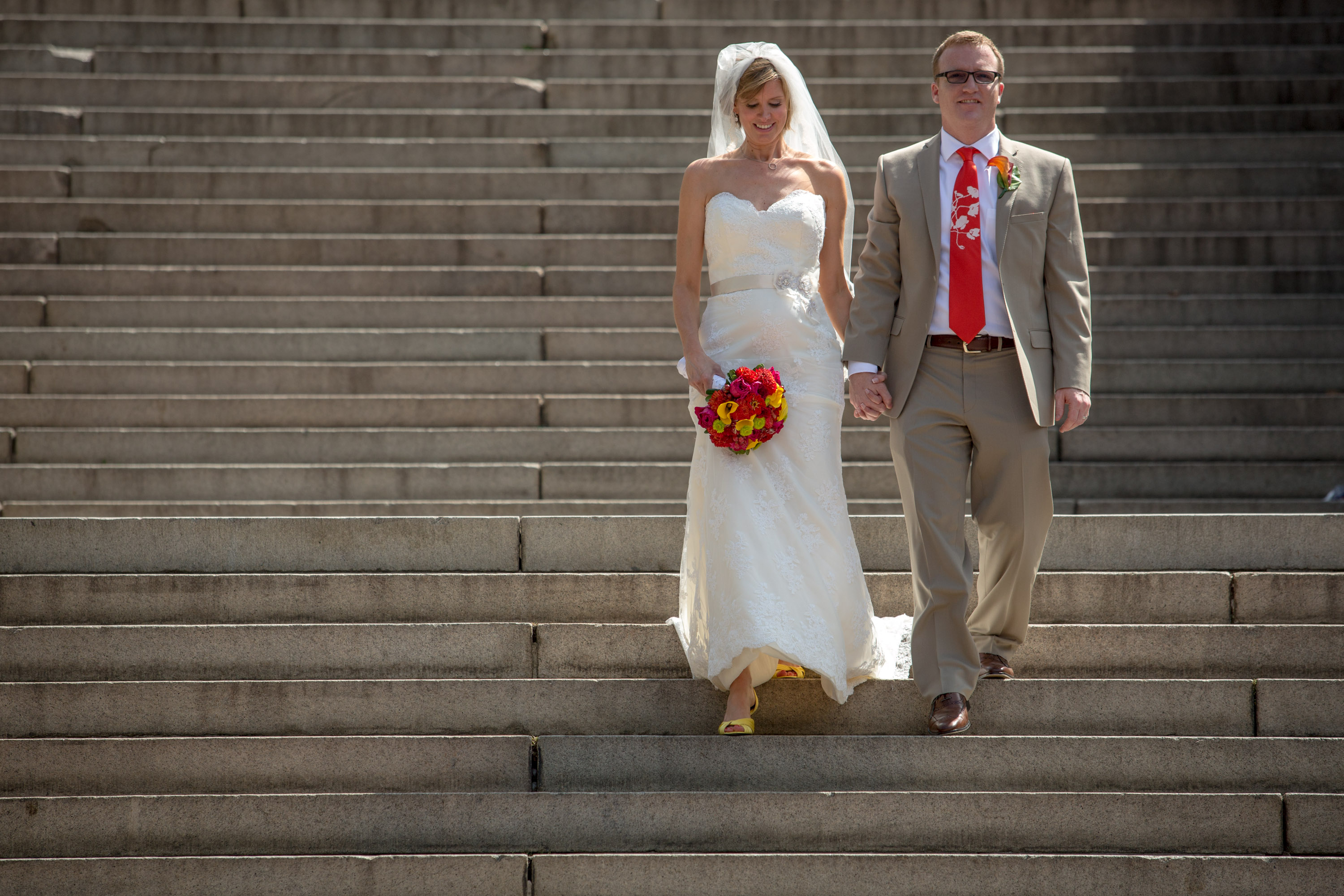 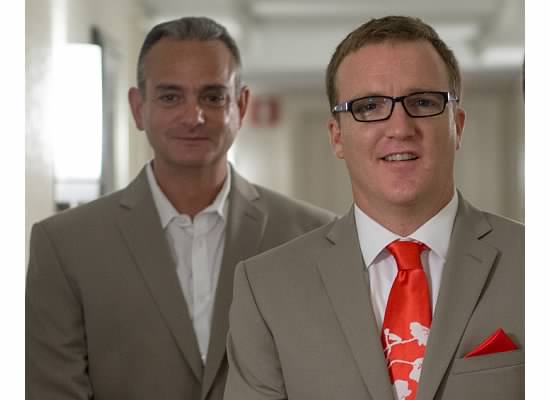 Published on The Huffington Post: My Dear Friend Is Getting Married Today