Two Languages for Every Child

By admin May 17, 2013 no comments Food Stuff,Uncategorized Permalink 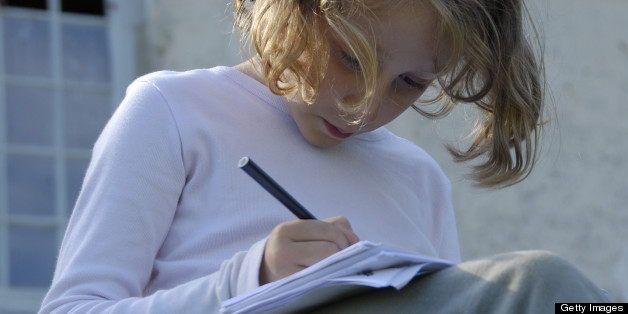 As a little kid, I was exposed to the Sicilian dialect that was my grandfather’s only language, though none of it stuck beyond his imperatives of “Mangia. Mangia.” When my grandfather died, when I was 10, the second language of our family died as well. In high school and college, I was a rotten Spanish student, showing little interest or inclination for a foreign tongue. I was totally cool going through life only knowing English. But then, as an adult, I was forced to adapt.

My wife and I decided to move to Italy for a year with our daughter, who was 18-months old at the time. As the mastermind of the Italian adventure, I took care of all the arrangements. I also needed to learn some Italian, which — if my past was any indication — would not be easy for me. And it was not easy, but I worked hard, and by the time we arrived, I had a working knowledge of some basic Italian. Having to navigate the country upon arrival only bolstered my fledgling facility with a second language, though it was a consistent struggle throughout our year abroad. Still, I knew I was entering the land of second languages when I began to dream in Italian. By the time we returned home, I would modestly rank my level in Italian as proficient (except when talking food and wine, where I was fluent). More significantly, upon return, I noticed that my cognitive abilities had improved. I can’t say I was smarter beyond the things I’d learned during that informative time, but my brain just seemed to function on a higher level, which I sensed in a myriad of undeniable ways, most notably in a slight speech impediment I’d had since childhood which had essentially disappeared. I attributed this, and the other improved functionalities, to the effort it took to learn another language and use it on a regular basis.

When our daughter was in Pre-K, we were thrilled to learn that the public school she attended in our Brooklyn neighborhood was beginning a French dual language program with her (to be) kindergarten class. We signed up for the lottery, but didn’t get in, much to our dismay. But more spaces in the program were made available the following year, so our daughter began her academic life in the first grade evenly split between English and French instruction. I think she inherited my lack of facility for foreign languages, so it was a struggle at times (compounded by the lack of a French speaker at home). But she persevered through the rough years, thrived in the latter ones, and will graduate grammar school this Spring academically fluent in French (complete with a perfect accent).

I’m amazed by the two classes of dual language students at my daughter’s school. The nearly 50 of them have been together for five or six years, evenly divided between Francophones and Anglophones. The Francophones, mostly, come from various neighborhoods around Brooklyn; the Anglophones, mostly, are zoned for the school. All of them are bilingual now. They are also, by and large, academically accomplished, well-rounded, mature, engaging and confident 11-year olds. Beyond exceptional parenting, by and large, I attribute much of their distinction to the experience of a dual language immersion program. I don’t know the science, I just know these kids. And they are advanced in many ways.

What I sensed about dual languages ten years ago is common knowledge now. It does remarkable things to our brains, which manifest in a variety of beneficial ways, and the sooner one starts, the better. There is some increase in dual language programs in schools, but most of our young people are not exposed to other languages until middle school, and even then only in one course at a time. America, as a country, would be wise to implement languages in the curriculum as early as Pre-K in public schools, and I imagine — someday — this will be common, especially in our efforts to communicate and compete globally as well as improving math and science skills at home.

In the meantime, I suggest parents of young children look at the study of second languages as an enrichment activity as important, if not more so, than any other. Just think; a second language can be the new piano.

Published on The Huffington Post: Two Languages for Every Child