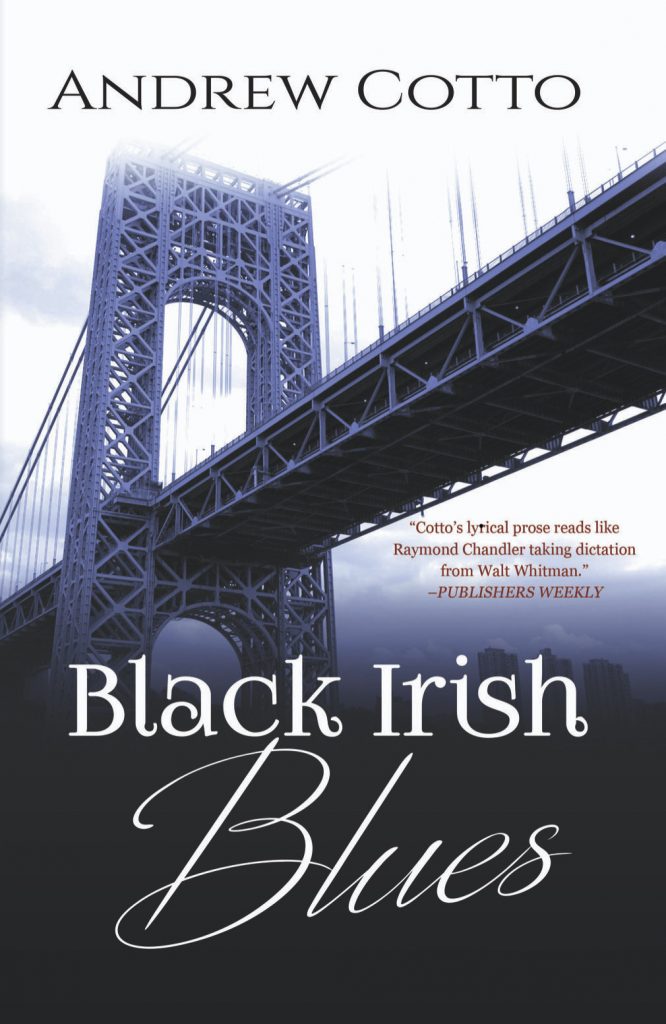 Black Irish Blues is the return-to-origin story of Caesar Stiles, an erstwhile runaway who returns to his hometown with plans to buy the town’s only tavern and end his family’s Sicilian curse.

Caesar’s attempt for redemption is complicated
by the spectral presence of his estranged father,
reparation seekers related to his corrupt older
brother, a charming crime boss and his enigmatic
crew, and – most significantly – a stranger named
Dinny Tuite whose disappearance under dubious circumstances immerses Caesar in a mystery that
leads into the criminal underbelly of industrial New Jersey, the flawed myth of the American Dream, and his hometown’s shameful secrets.

Black Irish Blues is a poetic, gritty noir full of dynamic characters, a page-turning plot, and the further development of a unique American character.